Only the bases remain of two water tanks. 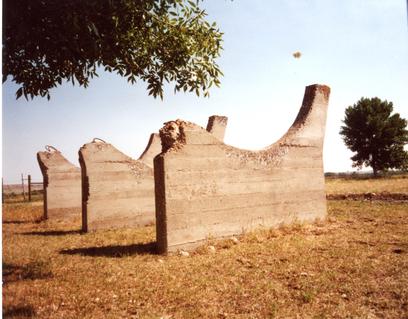 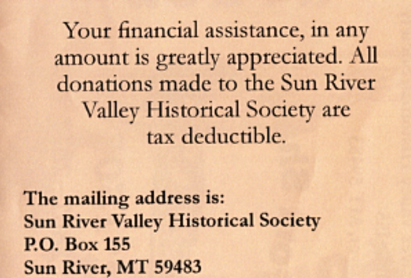 In conjunction with our 150th Celebration we established a Memory Garden Wall at the Fort.  Good opportunity for a memorial to your family or someone special.    Order yours now for $100 from Sun River Valley Historical Society, P O Box 155, Sun River, MT 59483.  You can have 3 lines of 15 characters, including spaces.  See "Memory Tower" in menu above.

At right is a copy of our large Walking Tour Map.  Individual pictures and details to follow.

This two story vault, built in 1910 for records storage for the Bureau of Reclamation, is still standing.

Looking southeast across the parade ground. The two story building is no longer there. 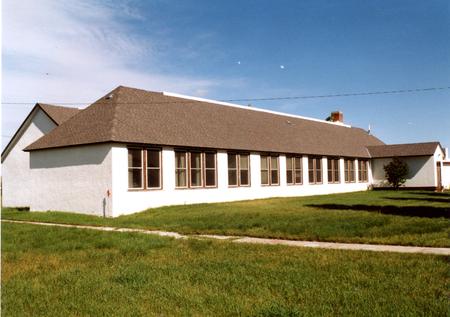 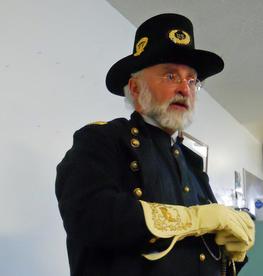 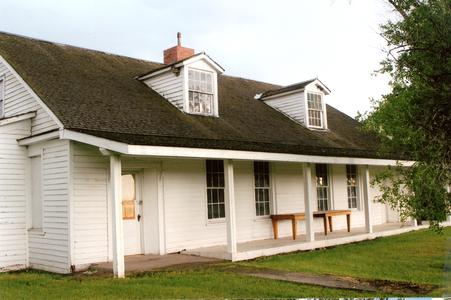 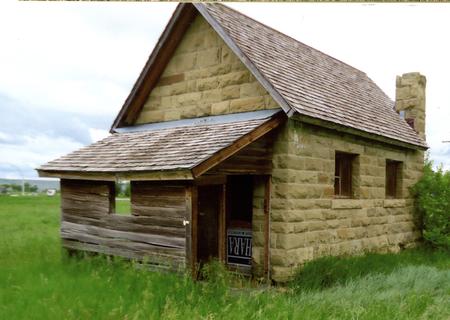 15.  FORT SHAW MILITARY CEMETERY   Located 1/2 mile west of the Fort, the cemetery was established in 1867 on 7 1/2 acres.  There were 117 military interments.  When the Fort closed in 1891, all but 7 of the soldiers were reburied in various cemeteries, many at Fort Custer.  Twenty-nine Indian Students, several school employees, and many civilians are still buried here.

The banner shown at right, made by President Burnette's daughter, Bonnie, will be on display at our 150th Celebration.  Thanks Bonnie! 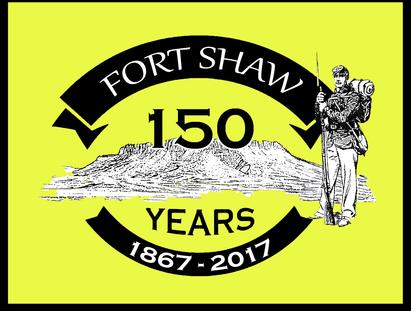 This building, no longer standing, was in a field east of the Fort and was large enough to house 100 horses and mules.

Waiting for the July 4th Black Eagle Parade to start.  We had fun and great visit while waiting. 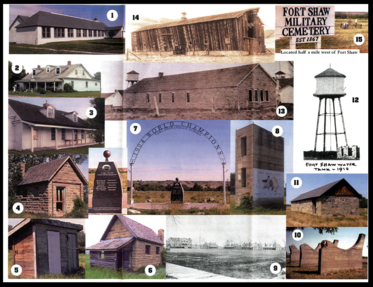 We've added a page just for the 150th Celebration Day.  See menu above.  Thanks for visiting. 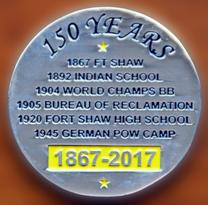 These structures were built during the 1930's. 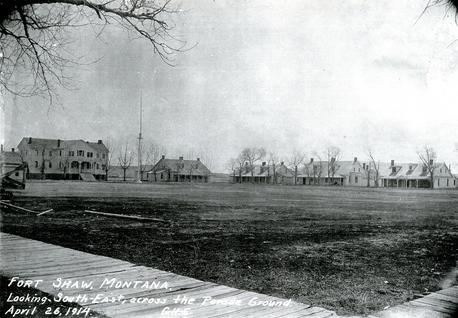 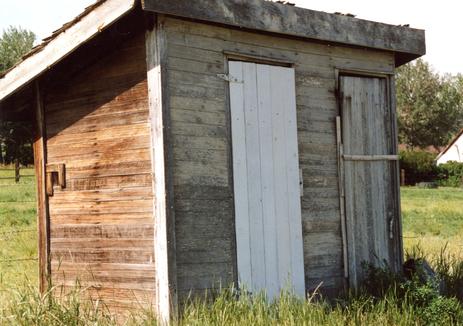 These stone buildings were connected to an extensive underground sewage system. 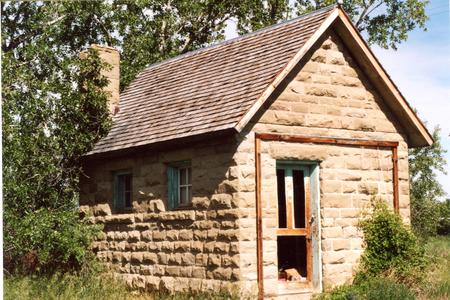 Built of Shaw Butte quarried stone.  These served the Officers and their families.

These concrete stands, built around 1910 to hold large tanks still exist and are just east of the Fort square. 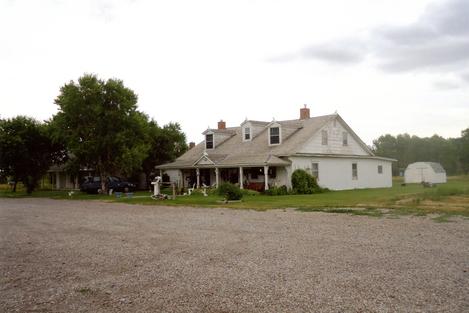 Built to accommodate two commissioned officers and their families.  There were six of these buildings built in 1867. 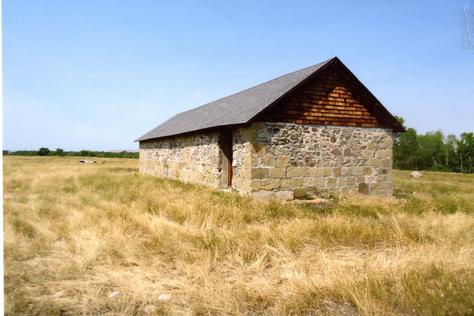 Although this chapel is no longer standing, the foundation is still visible. 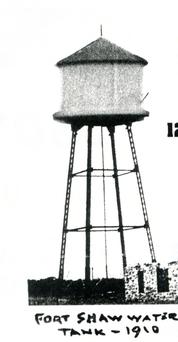 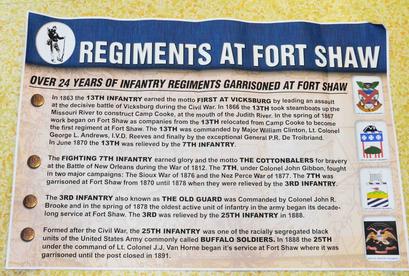 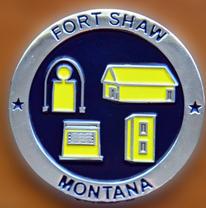 FOR VISITING OUR SITE TODAY 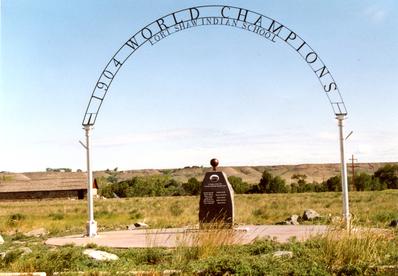 This monument was dedicated in 2004 in celebration of the Indian Girls World Basketball Championship won at the 1904 World's Fair in St. Louis, Missouri.

We are very excited that John Turner and group of 1st USV Civil War reenactors will participate in our 150th Celebration, Aug. 13, 2017.

Photos and text courtesy of Rocky Mountain Military Museum History of Missoula, MT.  The group participated in RMMM activity this past spring.  Thank you RMMMH. 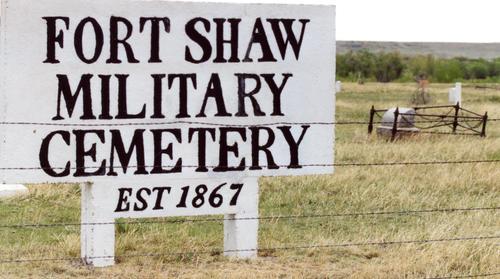 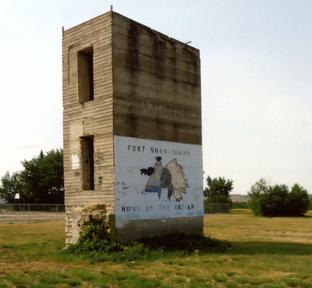